Loading... Matriliny Among The Khasis: A Study In Retrospect And Prospect | M. Sasikumar 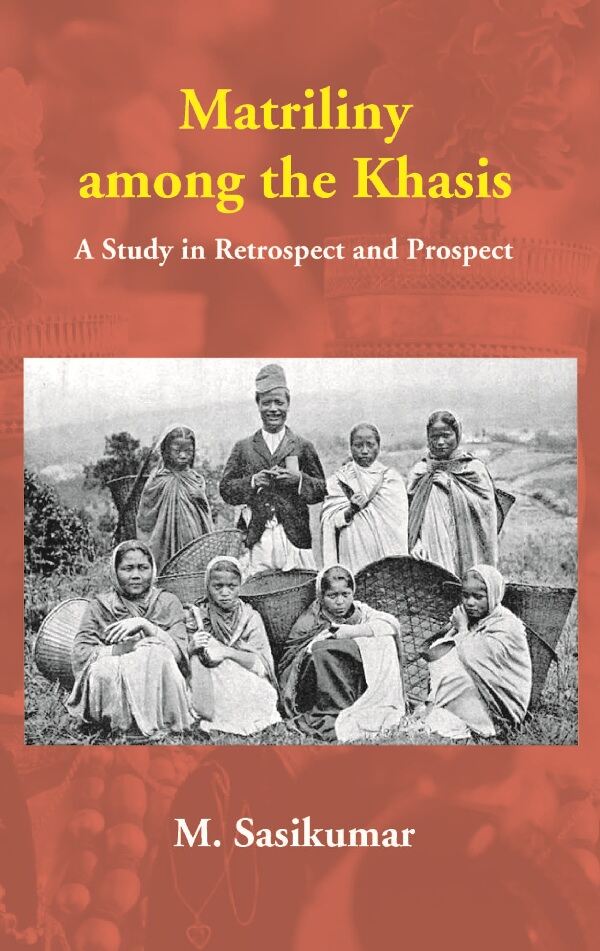 Matriliny Among The Khasis: A Study In Retrospect And Prospect

The Title 'Matriliny among the Khasis: A Study in Retrospect and Prospect written/authored/edited by M. Sasikumar', published in the year 2019. The ISBN 9788121217538 is assigned to the Hardcover version of this title. This book has total of pp. 142 (Pages). The publisher of this title is Gyan Publishing House. This Book is in English. The subject of this book is Development. Size of the book is 14.34 x 22.59 cms

Women in matrilineal societies are seen as empowered to face the challenges of innovations compared to their counterparts in patrilineal societies. But no matrilineal society, at least in India, can be found where women enjoy absolute authority and power. There is a general notion that all the matrilineal societies are matriarchal as well. But matriliny and matriarchy are not synonymous. Matriarchy implies the dominance of women in decision making. Authority is vested in her, both in theory and in practice. She is the channel not merely for inheritance, but also for succession to positions of authority in the family. But, there are several instances where lineality is not necessarily associated with power. Though the matrilineal system was much more widely distributed in India, the matrilineal communities and the communities bearing matrilineal elements are chiefly found in the north-east and south-west parts of India. The Khasi of Meghalaya is an important tribal group who follow the matrilineal system in the north-east part of India. The Nair of Kerala was a classic example for matrilineal society in south India. Though both the Khasi and the Nair communities fall in the wider category of matrilineal societies they differ widely in its structure, function, and components. Still, a few parallels are observable. Differences are more than similarities. The present study discusses the social systems of the Khasi in detail from both historical and present perspectives. It also tries to understand the role, power, and function of both men and women in a social system where the position of women has been said to be more comfortable due to the matrilineal system.

Dr. M. Sasikumar (b.1969) obtained his Masters and Doctorate degrees in Anthropology from the University of Calicut, Kerala. An anthropologist of acclaim since 1991, he attended the 16th World Congress of the International Union of Anthropological and Ethnological Sciences (IUAES), at Yunan University, Kunming, China in 2009. He has been engaged in anthropological researches for the past twenty five years. He has written a number of papers on Tribal Culture and Development issues which have been published in national and international journals. Dr. Sasikumar has conducted extensive research work in the tribal areas of
Kerala, Tamil Nadu, Meghalaya and Andaman and Nicobar Islands. He was former Director of Kerala Institute for Research, Training and Development Studies of Scheduled Castes and Scheduled Tribes (KIRTADS), Government of Kerala and Associate Editor of Encyclopaedia of Dravidian Tribes published in three Volumes. His membership embodies him to several professional societies like Dravidian Linguistics Association, Thiruvananthapuram, North East India Council for Social Science Research, Shillong, Anthropological Association, My sore, Ananthakrishna Iyer International Centre for Anthropological Studies (AICAS), Palakkad and Indian National Confederation and Academy of Anthropologists (INCAA), Kolkata. His research interest is in the development of tribal and marginal communities, sustainable development ,
ethnography, and social systems.