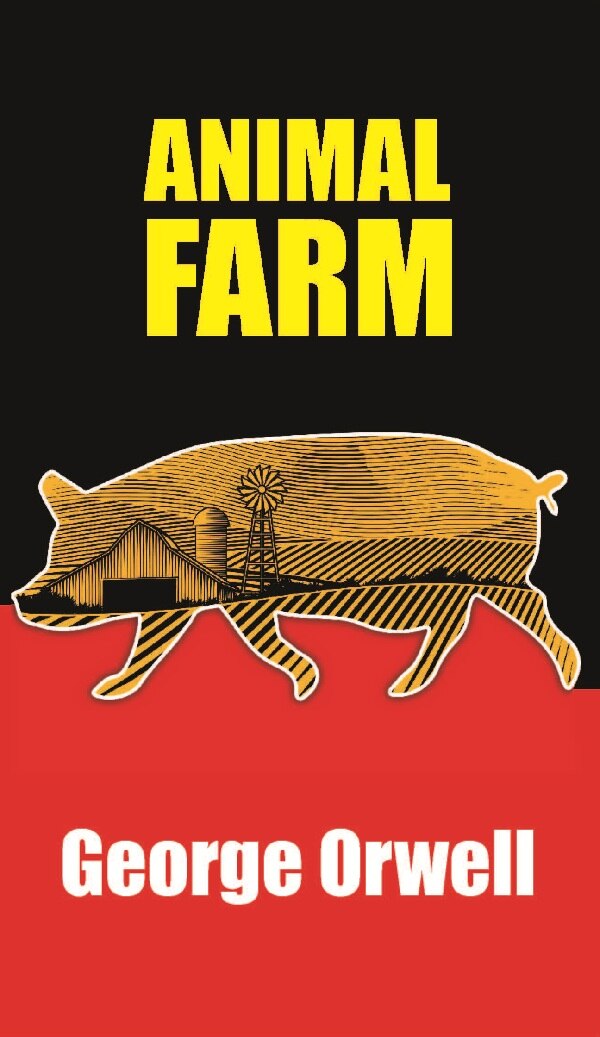 The Title 'Animal Farm written/authored/edited by George Orwell', published in the year 2017. The ISBN 9789351288572 is assigned to the Hardcover version of this title. This book has total of pp. 110 (Pages). The publisher of this title is Kalpaz Publications. This Book is in English. The subject of this book is Classics. Size of the book is 12.43 x 18.78 cms .POD

Animal Farm is an allegorical novel by George Orwell. According to Orwell, the fable reflects events leading up to the Russian Revolution of 1917 and then on into the Stalinist era of the Soviet Union. Orwell described Animal Farm as a satirical tale against Stalin.

The novel asks its readers to examine the ways in which political leaders with seemingly noble and altruistic motives can betray the very ideals in which they ostensibly believe. The novel also presents the subtle ways in which a group of citizens -of a farm or a nation- can eventually be led into a terrible life ruled by a totalitarian regime.

Time magazine chose the book as one of the 100 best English-language novels. It won a Retrospective Hugo Award in 1996 and is included in the Great Books of the Western World selection. It is George Orwell's timeless novel- a scathing satire on a downtrodden societys blind march towards totalitarianism.

Eric Arthur Blair, better known by his pen name George Orwell, was an English novelist, essayist, journalist and critic, whose work is marked by lucid prose, awareness of social injustice, opposition to totalitarianism, and outspoken support of democratic socialism.

Orwell wrote literary criticism, poetry, fiction and polemical journalism. He is best known for the allegorical novella Animal Farm (1945) and the dystopian novel Nineteen Eighty-Four (1949). In 2008, The Times ranked him second on a list of "The 50 greatest British writers since 1945".

Orwell's work continues to influence popular and political culture and the term "Orwellian"-descriptive of totalitarian or authoritarian social practices- has entered the language together with many of his neologisms, including "Big Brother", "Thought Police", "Room 101", "memory hole", "newspeak", "doublethink", "proles", "unperson" and "thoughtcrime".

Orwell was a man of strong opinions who addressed some of the major political movements of his times, including imperialism, fascism and communism.