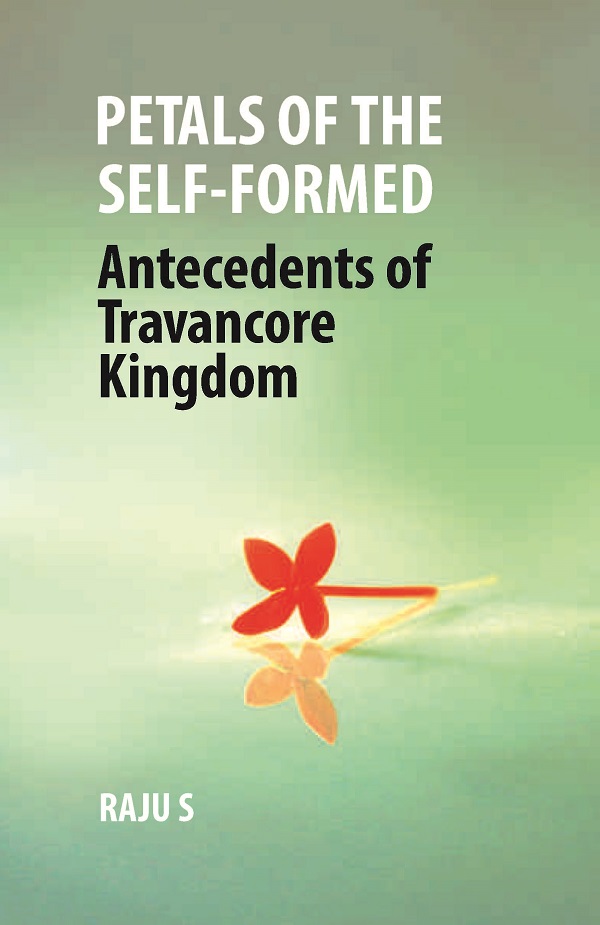 Petals Of The Self-Formed: Antecedents Of Travancore Kingdom

The Title 'Petals of the Self-Formed: Antecedents of Travancore Kingdom written/authored/edited by Raju S', published in the year 2022. The ISBN 9788121261487 is assigned to the Hardcover version of this title. This book has total of pp. 273 (Pages). The publisher of this title is Gyan Publishing House. This Book is in English. The subject of this book is . Size of the book is 14.34 x 22.59 cms

This book is about the socio-political entity that existed prior to the existence of the kingdom of Thiruvithamkur/Travancore situated at the southernmost part of peninsular India. These entities were known as Swaroopams; several of them coexisted along with another entity known as naadu. The chief of Swaroopams were not known as kings but muppu (the senior most). They were not chiefs, but their function was 'to be with distinction' or vaazhcha in Malayalam language. One muppu could occupy this position in more than one Swaroopams at the same time or at different points in time. This pattern can be called as multiple muppu vaazhcha. The dathetukkal practice (adoption) was prevalent in the Swaroopams, but it is not identical to adoption. The customary practices (aachaaram) were extremely important in deciding the matters of Swaroopam administration. There was a system of 'archaivalisation of aachaaram'. Instead of a single methodology, the enquiry employs a 'conceptual constellation'.

Prof. Raju S. holds a PhD from Centre for Historical Studies, Jawaharlal Nehru University, New Delhi. Since 1991 he has been teaching at the School of Social Sciences, Mahatma Gandhi University, Kerala State. He has been teaching Research Methodology and Social Theory. He has been supervising PhD scholars belonging to various fields of studies such as history, anthropology, economics, sociology, political science, environmental studies, tribal studies and general social sciences. As UGC’s National Research Awardee, he joined the Department of Futures Studies of Kerala University between 2002 and 2005.

Foreword 7
Acknowledgements and Dedication 11
1. Introduction 13
2. A Search for the Travancore Kingdom and its Kings Ends Up in Vain 37
3. Swaroopam, Age and Kinship 61
4. The Diagrammatic Distribution of the Distinguished 99
5. Redrawing of the Diagram 135
6. Truth in Custom and Customary Power Play 171
7. The Custom of Archivalisation: Writing and Right to Rule 205
8. Postscript 237
References 257
Index 265