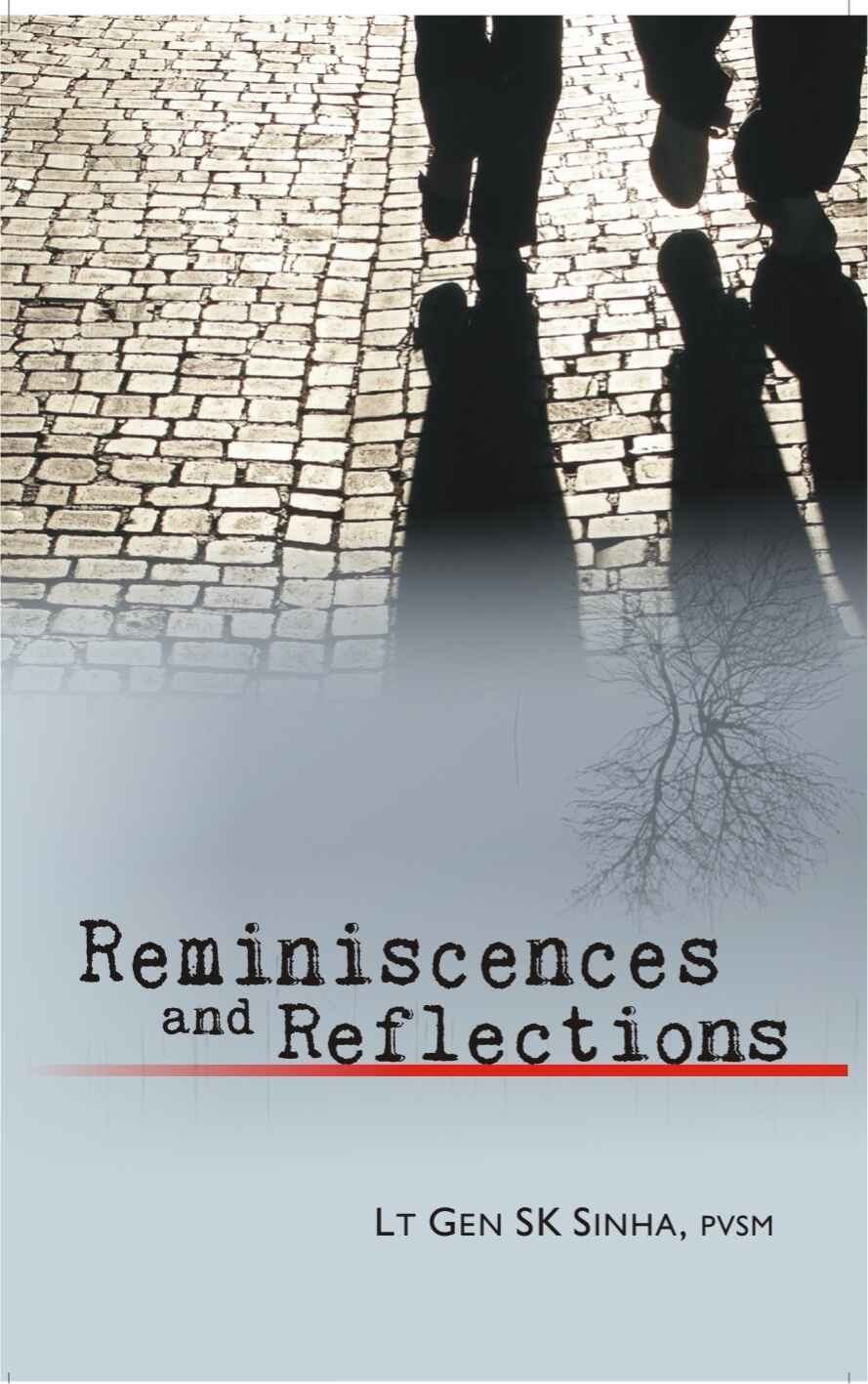 The Title 'Reminiscences and Reflections written/authored/edited by Lt. Gen. S.K. Sinha', published in the year 2011. The ISBN 9788121210935 is assigned to the Hardcover version of this title. This book has total of pp. 200 (Pages). The publisher of this title is Gyan Publishing House. This Book is in English. The subject of this book is Jammu and Kashmir / Political Science. Size of the book is 14.34 x 22.59 cms

This Book contains a series of articles giving the author's first hand account of momentous events in the early years of our Independence. This includes the Partition holocaust in which millions got killed and millions got uprooted as also the author's interaction with some of the top leaders who shaped the destiny of the Nation. He has provided a deep Insight into the Kashmir problem. Based on his experience of service to the nation for nearly three quarters of a century in various capacities as an Army officer for forty years, as Ambassador for one year, and as Governor of Assam and of Jammu and Kashmir for eleven years," in the two most sensitive states in the country, he has given suggestions for dealing with the several serious security problems facing us. This book is A Good source of reference for present and future generations. "The artist views shadowing like the merging of tree, hazarding if it can subsume the body. Colouring of the dust cover lacquers and violently shakes the wide sweep of book through its 216 pages."

Lt. Gen. S.K. Sinha, PVSM, was born in January 1926 and soon after graduating from Patna University in 1943, joined the Army. He saw combat service in Burma, Indonesia and Kashmir, Nagaland and Manipur. He held all levels of active command from a platoon to a field army. He also held key staff and instructional appointments. He received the highest military award for distinguished service. He resigned as Vice Chief of Army Staff in 1983 following his surprise supersession for Army Chief. This rocked the Parliament and led to much controversy in the media. Stephen Cohen, the noted US expert on South Asia referred to him as one of India's most outstanding Generals since Independence. He was appointed India's Ambassador to Nepal in 1990 when Indo-Nepal relations had hit their nadir. He restored them to the highest level of cordiality and helped in restoration of democracy in Nepal. The Prime Minister of Nepal wrote, "General Sinha was as much India's Ambassador to Nepal as Nepal's Ambassador to India." In 1997 he was appointed Governor of Assam when insurgency was at its peak. During his tenure ULFA insurgency was wiped out and a mind change brought about among the people. He was popularly called "a true son of the soil of Assam". In 2003 he was appointed Governor of Jammu and Kashmir. During his five year tenure, near normalcy was restored in the State with the average rate of daily killing coming down from 10 to I. His effort to promote Kashmiriyat, amity across religious divide, was much appreciated. Dr Abdul Kalam highly commended it.