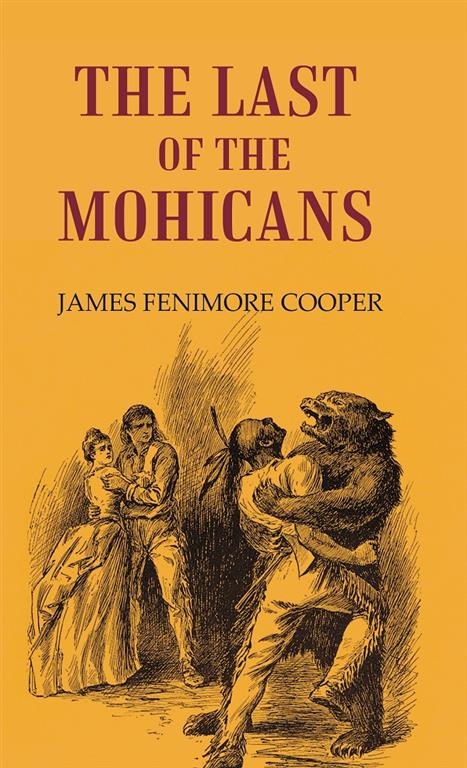 THE LAST OF THE MOHICANS

About the Book:-The Last of the Mohicans: A Narrative of 1757 is a historical romance written by James Fenimore Cooper in 1826. The Last of the Mohicans is set in 1757, during the French and Indian War (the North American theater of the Seven Years' War), when France and Great Britain battled for control of North America. During this war, both the French and the British used Native American allies, but the French were particularly dependent, as they were outnumbered in the Northeast frontier areas by the British. Specifically, the events of the novel are set immediately before, during, and after the Siege of Fort William Henry. The novel is set primarily in the area of Lake George, New York, detailing the transport of the two daughters of Colonel Munro, Alice and Cora, to a safe destination at Fort William Henry. Among the caravan guarding the women are the frontiersman Natty Bumppo, Major Duncan Heyward, singing teacher David Gamut, and the Indians Chingachgook and Uncas, the latter two being the novel's title characters. These characters are sometimes seen as a microcosm of the budding American society, particularly with regard to their racial composition. The novel has been one of the most popular English-language novels since its publication and is frequently assigned reading in American literature courses. It has been adapted numerous times and in many languages for films, TV movies, and cartoons. About the Author:-James Fenimore Cooper (1789 –1851) was an American writer of the first half of the 19th century. His historical romances depicting colonist and Indigenous characters from the 17th to the 19th centuries created a unique form of American literature. He lived much of his boyhood and the last fifteen years of life in Cooperstown, New York, which was founded by his father William Cooper on property that he owned. Cooper became a member of the Episcopal Church shortly before his death and contributed generously to it. He attended Yale University for three years, where he was a member of the Linonian Society. After a stint on a commercial voyage, Cooper served in the U.S. Navy as a midshipman, where he learned the technology of managing sailing vessels which greatly influenced many of his novels and other writings. The novel that launched his career was The Spy, a tale about espionage set during the American Revolutionary War and published in 1821. He also created American sea stories. His best-known works are five historical novels of the frontier period, written between 1823 and 1841, known as the Leatherstocking Tales, which introduced the iconic American frontier scout, Natty Bumppo. Cooper's works on the U.S. Navy have been well received among naval historians, but they were sometimes criticized by his contemporaries. Among his more famous works is the romantic novel The Last of the Mohicans, often regarded as his masterpiece. Throughout his career, he published numerous social, political, and historical works of fiction and non-fiction with the objective of countering European prejudices and nurturing an original American art and culture. The Title 'THE LAST OF THE MOHICANS written/authored/edited by JAMES FENIMORE COOPER', published in the year 2022. The ISBN 9789393863478 is assigned to the Hardcover version of this title. This book has total of pp. 472 (Pages). The publisher of this title is GenNext Publication. This Book is in English. The subject of this book is Classic Fiction. Size of the book is 14.34 x 22.59 cms