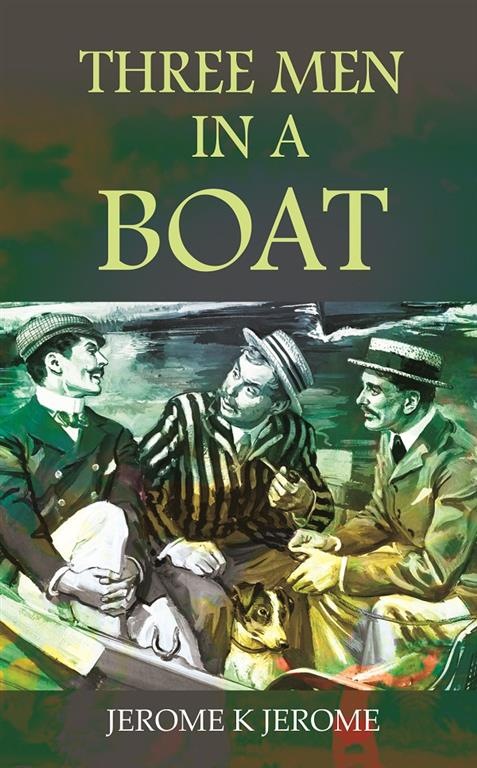 THREE MEN IN A BOAT

About the Book:-Three Men in a Boat (To Say Nothing of the Dog), published in 1889, is a humorous account by English writer Jerome K. Jerome of a two-week boating holiday on the Thames from Kingston upon Thames to Oxford and back to Kingston. The book was initially intended to be a serious travel guide, with accounts of local history along the route, but the humorous elements took over to the point where the serious and somewhat sentimental passages seem a distraction to the comic novel. One of the most praised things about Three Men in a Boat is how undated it appears to modern readers – the jokes have been praised as fresh and witty. The three men are based on Jerome himself (the narrator Jerome K. Jerome) and two real-life friends, George Wingrave (who would become a senior manager at Barclays Bank) and Carl Hentschel (the founder of a London printing business, called Harris in the book), with whom Jerome often took boating trips. The dog, Montmorency, is entirely fictional but, "as Jerome admits, developed out of that area of inner consciousness which, in all Englishmen, contains an element of the dog". The trip is a typical boating holiday of the time in a Thames camping skiff. Following the overwhelming success of Three Men in a Boat, Jerome later published a sequel, about a cycling tour in Germany, titled Three Men on the Bummel (also known as Three Men on Wheels, 1900). About the Author:- Jerome Klapka Jerome (1859 –1927) was an English writer and humourist, best known for the comic travelogue Three Men in a Boat (1889). Other works include the essay collections Idle Thoughts of an Idle Fellow (1886) and Second Thoughts of an Idle Fellow; Three Men on the Bummel, a sequel to Three Men in a Boat; and several other novels. Jerome was born in Walsall, England, and, whilst he was able to attend grammar school, his family suffered from poverty at times, as did he as a young man trying to earn a living in various occupations. In his twenties he was able to publish some work, and success followed. He married in 1888, and the honeymoon was spent on a boat on the Thames; he published Three Men in a Boat soon afterwards. He continued to write fiction, non-fiction and plays over the next few decades, though never with the same level of success. He died in 1927 and his body was cremated. The Title 'THREE MEN IN A BOAT written/authored/edited by JEROME K JEROME', published in the year 2022. The ISBN 9789393863508 is assigned to the Hardcover version of this title. This book has total of pp. 218 (Pages). The publisher of this title is GenNext Publication. This Book is in English. The subject of this book is Classic Fiction. Size of the book is 14.34 x 22.59 cms