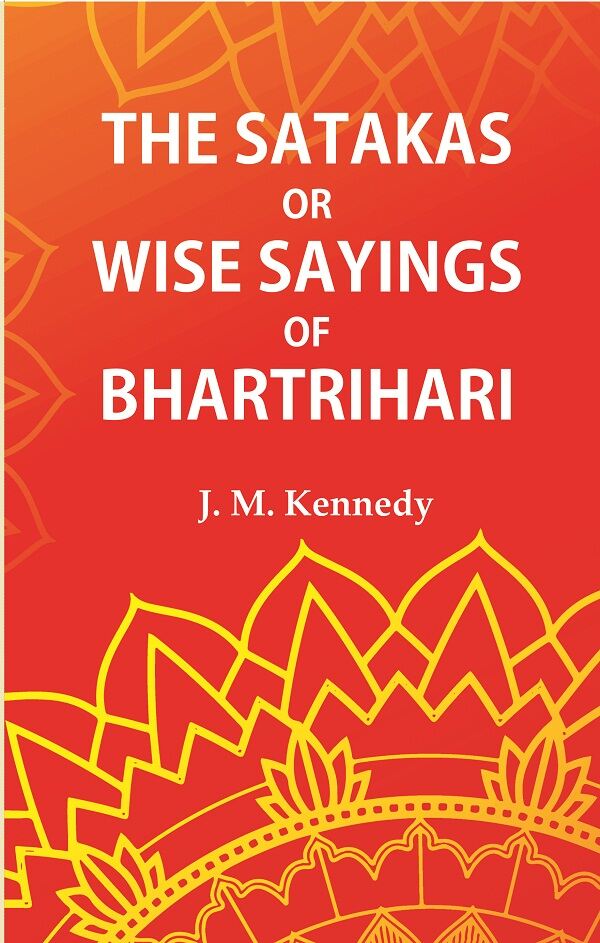 The Satakas Or Wise Saying Of Bhartrihari

About The Book : The book contained into three parts: the Srngarasataka; the Nitisataka and the Vairagyasataka. In the Srngarasataka you will find both bitter and affectionate stanzas dedicated to women. The ones that show fondness are similar to romantic poetry based on their soppy, compassionate qualities . However, while these writings may be beautiful, they are not written to an individual woman, but to every woman. The stanzas treat women as “a symbol of sensual pleasure to be flattered or reviled”. The stanzas within the Nitisataka are designed to teach knowledge of men as individuals and instil sayings of worldly prudence. This worldly wisdom occasionally contains sarcastic pitches at fools, pedants, flatterers, and babblers, sometimes to the point of highest morality. While the first two parts of the Satakatraya seem to agree with their English translations, the Vairagyastaka seems to have some different views. According to More, it seems to give the impression that Bhartrhari put his heart and soul into it, proven by the songs of true wisdom and finding peace, along with songs about the happiness of his new life. However, Tawney states that the Vairagyasataka contains poems about the king of Ujjain who was disgusted with his wife’s faithlessness. About The Author: -: John McFarland Kennedy ( 1886-1918) was a British author and translator mostly for Nietzsche. He wrote and translate many books as- The Case of Wagner; Nietzsche Contra Wagner; The Complete Works of Friedrich (18 volumes; 1909-1913; The Dawn of Day ( Macmillan, 1911; On the Future of Our Educational Institutions (from a complete works set; Edinburgh and London: T. N. Foulis, 1910 ; English literature, 1880-1905; The genealogy of morals : a polemic; The Pater calendar : a quotation from the works of Walter Horatio Pater, for every day in the year; The religions and philosophies of the East, and The satakas; or, Wise sayings of Bhartrihari; translated from the Sanskrit, with notes, and an introductory preface on Indian philosophy.