Loading... My Experiments With Truth An Autobiography | M. K. Gandhi 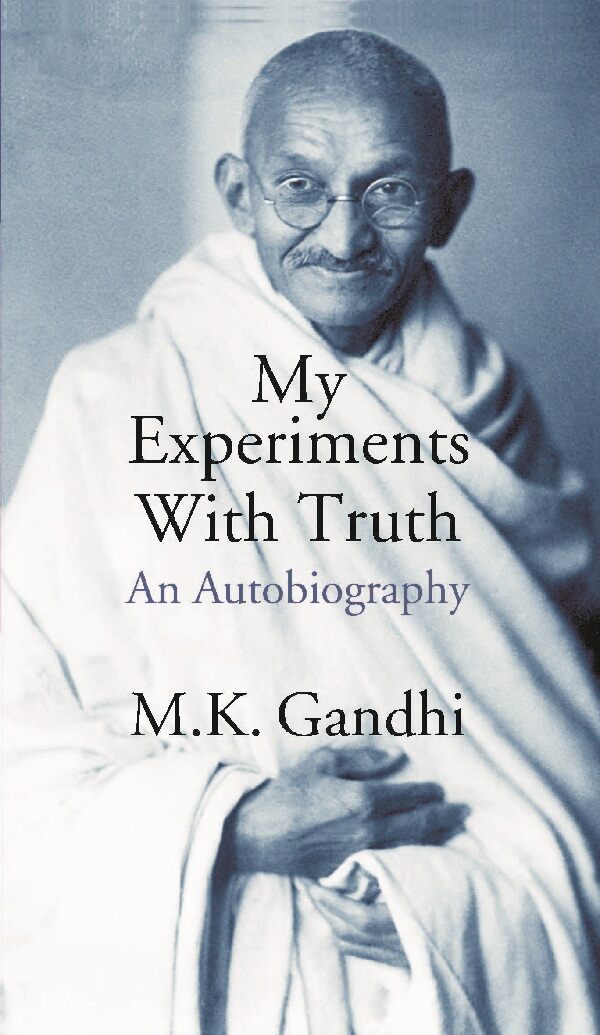 My Experiments With Truth An Autobiography

The Title 'My Experiments With Truth An Autobiography written/authored/edited by M. K. Gandhi', published in the year 2019. The ISBN 9789353241582 is assigned to the Hardcover version of this title. This book has total of pp. 528 (Pages). The publisher of this title is GenNext Publication. This Book is in English. The subject of this book is Autobiography. Size of the book is 12.43 x 18.78 cms .POD

Mohandas Karamchand Gandhi (Mahatma Gandhi) was born on October 2, 1869, into a Hindu Modh family in Porbanadar, Gujarat, India. His father, named Karamchand Gandhi, was the Chief Minister (diwan) of the city of Porbanadar. His mother, named Putlibai, was the fourth wife; the previous three wives died in childbirth. Gandhi was born into the Vishay (business caste). He was 13 years old when married Kasturba Bai Gandhi learned tolerance and non-injury to living beings from an early age. He was abstinent from meat, alcohol, and promiscuity. Gandhi studied law at the University of Bombay for one year, then at the University College London, from which he graduated in 1891, and was admitted to the bar of England. His reading of "Civil Disobedience" by David Thoreau inspired his devotion to the principle of non-violence. He returned to Bombay and practiced law there for a year, then went to South Africa to work for an Indian firm in Natal.