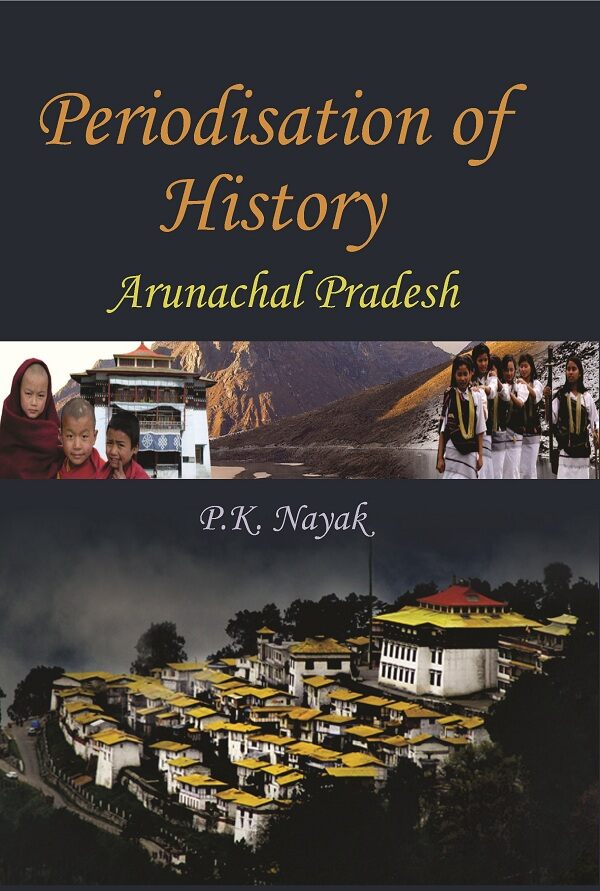 The Title 'Periodisation of History : Arunchal Pradesh written/authored/edited by P. K. Nayak', published in the year 2017. The ISBN 9789351282198 is assigned to the Hardcover version of this title. This book has total of pp. 196 (Pages). The publisher of this title is Kalpaz Publications. This Book is in English. The subject of this book is North East Studies. Size of the book is 14.34 x 22.59 cms POD

Periodisation in history has been the attempt to categorise historical time into discrete blocks. Historians broadly periodise Indian history into Hindu, Muslim and British or more appropriately Ancient, Medieval and Modern basically on the history of the Northern India with its geographical thrust on the Ganges valley. Such rigors of periodisation hardly justify within their fold the movement of regional history.
The present investigation has been an attempt to carry out research on how best the regional history with reference to Arunachal Pradesh stands justified to such historical narratives. It focuses on a sketchy description of history of the origin of the inhabitant-tribes; history seen through social and political development; Ahom and British colonial interests over the areas; sources-led history; periodisation vs. history of Arunachal Pradesh citing conjectures and justifying their relevant reference and non-reference to such historical blocks. This work is expected to throw new light on periodisation- issue of the history of Arunachal Pradesh and ask readers to benefit.

Having First Class Academic Career throughout, Dr. Prasanta Kumar Nayak (b.1967) received M.A., M. Phil and Ph. D. degrees from Utkal University, Bhubaneswar and joined the Department of Higher Education, Government of Arunachal Pradesh as Lecturer in History on 1st July 1992. At present he is serving as Associate Professor in the Department of History at Indira Gandhi Government College, Tezu, Arunachal Pradesh.
Dr. Nayak has published scores of research articles in various journals of repute including EPW; self-authored Higher Education in Arunachal Pradesh (2002) and History of Modern Political Movements (2003) published by Akansha Publishing House, New Delhi; completed Research Projects sponsored by UGC and ICHR; and prepared Course Materials for the Distant Learners of University of Mumbai, Rajiv Gandhi University, Itanagar and Utkal University, Bhubaneswar. His present academic interests include the Developmental History of Arunachal Pradesh and the Economic History of Modern Odisha. His recent feat of accomplishment has been the Outstanding Teacher's Award received from the Governor of Arunachal Pradesh in 2016.

Arunachal Pradesh: An Outline of its History       27
• History of the origin of the Tribes of Arunachal • Trends of Socialisation • How history peeps through social trends? • How does history peep through polity-trends? • British Colonial Interest in the state • How do sources speak on history of the state?
• Prehistoric and Stone Age Culture • Excavation • Inscriptions
• Coins • Brahminical Literature • Accounts of Greek and Chinese Travellers • Muhammedan Literature • Buranjis • British Literature • References.