Loading... Peasants’ Resentments And Resistance: A Glimpse On Rural Of Sikkim 1914-1950 | Rajen Upadhyay 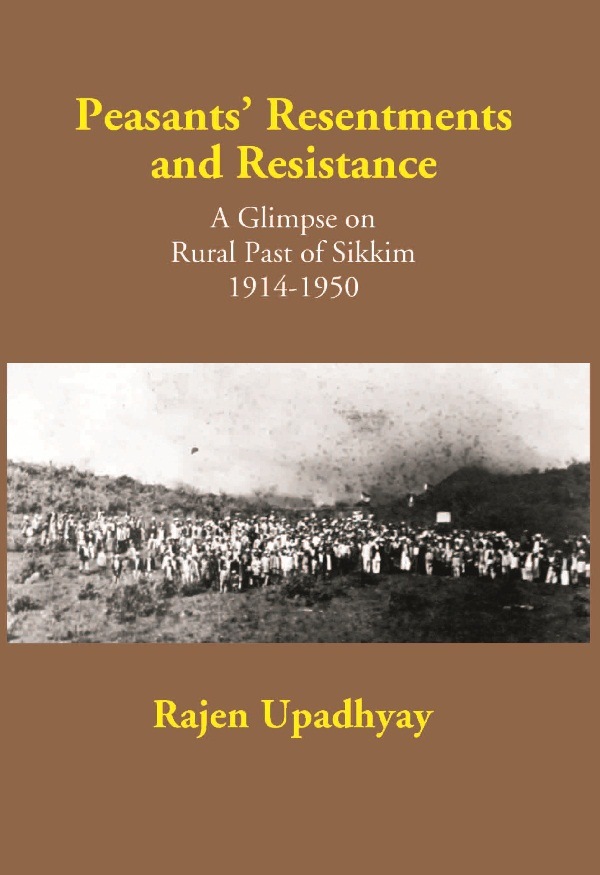 Peasants’ Resentments And Resistance: A Glimpse On Rural Of Sikkim 1914-1950

The Title 'Peasants’ Resentments and Resistance: a Glimpse On Rural of Sikkim 1914-1950 written/authored/edited by Rajen Upadhyay', published in the year 2017. The ISBN 9789351282655 is assigned to the Hardcover version of this title. This book has total of pp. 278 (Pages). The publisher of this title is Kalpaz Publications. This Book is in English. The subject of this book is History/ North-East Indian Studies / Political Science. Size of the book is 14.34 x 22.59 cms

'Peasants' Resentments and Resistance- A Glimpse on Rural Past of Sikkim 1914-1950', an outcome of my PhD thesis submitted to Kumaun University in 2014, highlights about the several modus operandi adopted by the Sikkimese peasantry to resist feudalism during World War period. Distress and pains of feudalism in the inaccessible villages, their troubles, their strategies in defending the feudal yoke, their folksongs, their hidden transcripts, grudge, and antipathy against feudal set up, their reluctance and resistance against the monopoly, their unanimity in combating feudalism, the hidden history with abominations against the feudal machinery, and eventually their assimilation with a political organization for a far reaching change are some of the important areas that have been highlighted in this work.

Rajen Upadhyay, Ph.D (2015) in History, from Kumaun University Nainital under the guidance of Prof. Girija Pandey, is currently working as Assistant Professor in History at Namchi Government College, South Sikkim. His interest lies on Peasant and Rural Studies, Women Issues, and Folk Culture and History. He has presented several papers in various National and International Seminars and Conferences and has published several columns in the leading newspapers of Sikkim. A number of articles are published to his credit.

2. Sikkim under the Tibetan Patronage (1642-1861 AD) . 39
• The Namgyals • Foundation of the Kingdom of Sikkim • The War of Succession and the Bhutanese Incursion • Commencement of Tibetan Regency • Usurpation and Appointment of Rabden Sarpa as Regent • The Gorkha Invasion • Anglo- Sikkim Relations and the Kotapa Affair • Notes.

3. Sikkim Under the Colonial Patronage and Thereafter . 65
• Commencement of the Nepalese Settlement • An Uneasy Era (1874-1914) • Period of Reformation • Peasant Resistance and Democratic Aspirations • Last Phase of Peasant Agitation and the Take Over • Notes.

4. A New Agrarian Arrangement after the British . 85
• The British Idée Fixe • New Mode of Revenue Assessment • Classification of Land and Ownership • The Intermediaries • Types of Tenancy in Sikkim during Early Twentieth Century • Adhiadars/Adhiars • Kutdar/ Kutiyars • Chakhureys and Pakhureys • Notes.

10. Political Eclipse on the Peasants’ Issues . 213
• Casualness of the State Congress towards the Rural Issues • Corruption and Neglected Condition of the Peasants • Notes.