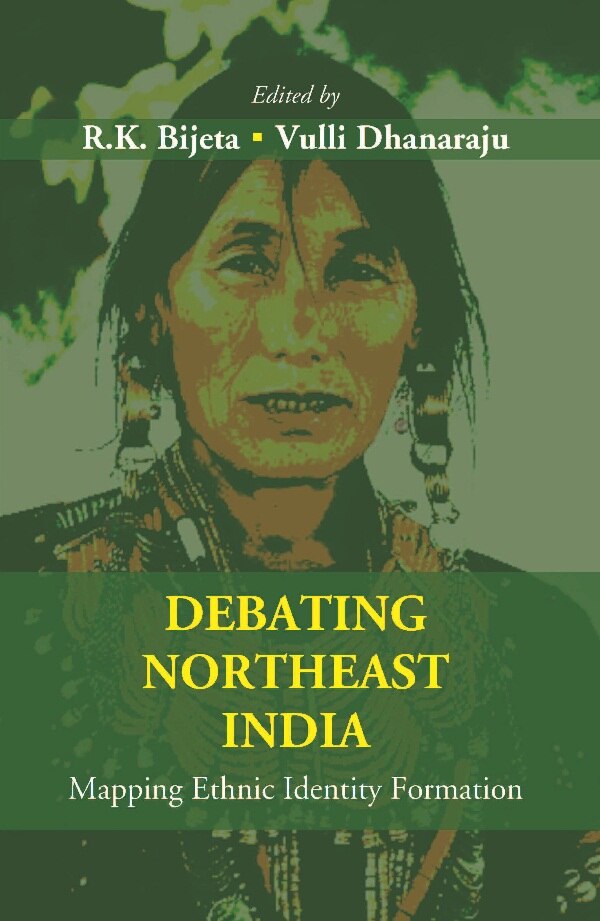 The Title 'Debating Northeast India: Mapping Ethnic Identity Formation written/authored/edited by R. K. Bijeta And Vulli Dhanaraju', published in the year 2017. The ISBN 9789351282921 is assigned to the Hardcover version of this title. This book has total of pp. 368 (Pages). The publisher of this title is Kalpaz Publications. This Book is in English. The subject of this book is North East Studies. Size of the book is 14.34 x 22.59 cms

Of late, ethnic Identity has become debatable issue in the academic discourse of Northeast India. The issue of ethnic identity is a very complex process in this region. That means the sharing of a common culture on the one hand, and harping on separateness on the other. It is argued that there are conflicting situations in the northeast because these ethnic groups are trying to explore and construct their own history, culture, politics and identity from their own perspective. In this context the main focus of this book is to represent the plural voices of the ethnic groups while negating with the existing dominant discourses in the present academic epistemology. These discourses neglected the ideological and mass political character of the ethnic groups who are constructing their identity and history through politics of difference, politics of recognition and experience of marginalization. These three political ideas could be considered as their political ideology that always sustained for mapping identity formation among the ethnic groups of Northeast India. This book is divided into five thematic sections covering 20 chapters by scholars and researchers and other experts from northeast region. In each section, four papers are included, each touching upon the main theme of the book.

R.K. Bijeta is an Institutional Post Doctoral Fellow, Department of Humanities and Social Sciences, IIT-Guwahati, Assam. She obtained her M.A, M.Phil and PhD degrees from the Department of History, Assam University, Silchar, Assam. She has authored, Raid and Resistance: The Politics of the Nagas in Colonial Assam (2016). She has also contributed number of articles/research papers in various journals and edited books and presented papers in various seminars and conferences. Her area of research includes Oral History, Ethnic Politics and Tribal History.

Vulli Dhanaraju is currently teaching History at the Assam University (Central University) Diphu Campus, Assam. He obtained his M.A, M.Phil and PhD degrees from the Department of History from University of Hyderabad, Hyderabad, India. He was a Teen Murti Fellow during 2008-2010 at the Nehru Memorial Museum & Library, New Delhi. His area of research and specializations includes Oral History, Subaltern History and Environmental History. He has authored and edited six books; Debating Tribal Identity: Past and Present; A Textbook of Environmental History of India; The Idea of Caste; Voice of the Other: Understanding Marginal identities; Regional Environmental History: Issues and Concepts in the Indian Subcontinent; Caste, Tribe and Gender: The Politics of Self and the Other. He has also contributed number of articles/research papers in UGC recognized journals and various conferences.

I. History
1. Discourse of the Naga Raids and Resistance in Northeast India: Study from Historical Perspective 55
R.K Bijeta

3. Gaidinliu Movement, Sangh Parivar and the Nagas: A Quest for Identity and Survival-87
Nakaulang Nriame

4. The Question of Identity: Nature of the Autonomy Movement among the Mising Tribe of Assam-99
Rahul Pegu

5. Tracing the Rabhas of Goalpara through the Perspectives of Customs and Rituals-117
Himasnata Dutta Sarkar

7. Divination through Chicken-Liver among the Galo Tribe of Arunachal Pradesh-143
Kiryi Potom

8. The Politic of Identity and Culture: Tracing the Origin and Growth of Karbi Youth Festival 151
Bandita Teronpi
﻿
III. Literature

11. Identity Crisis as Reflected in the Novels of Siddhartha Deb 203
Tanushree Kulshreshtha

16. Negotiating Source of Power and Identity among the Konyak Angs of Nagaland 267
Jagritee Ghosh

19. Ethnicity and Identity: A Post Modernist Challenge from the Media and the Market 323
Garima Kalita

20. Witch Hunting and the Bodos in Kokrajhar District of Assam 335
Tamsin Aftab