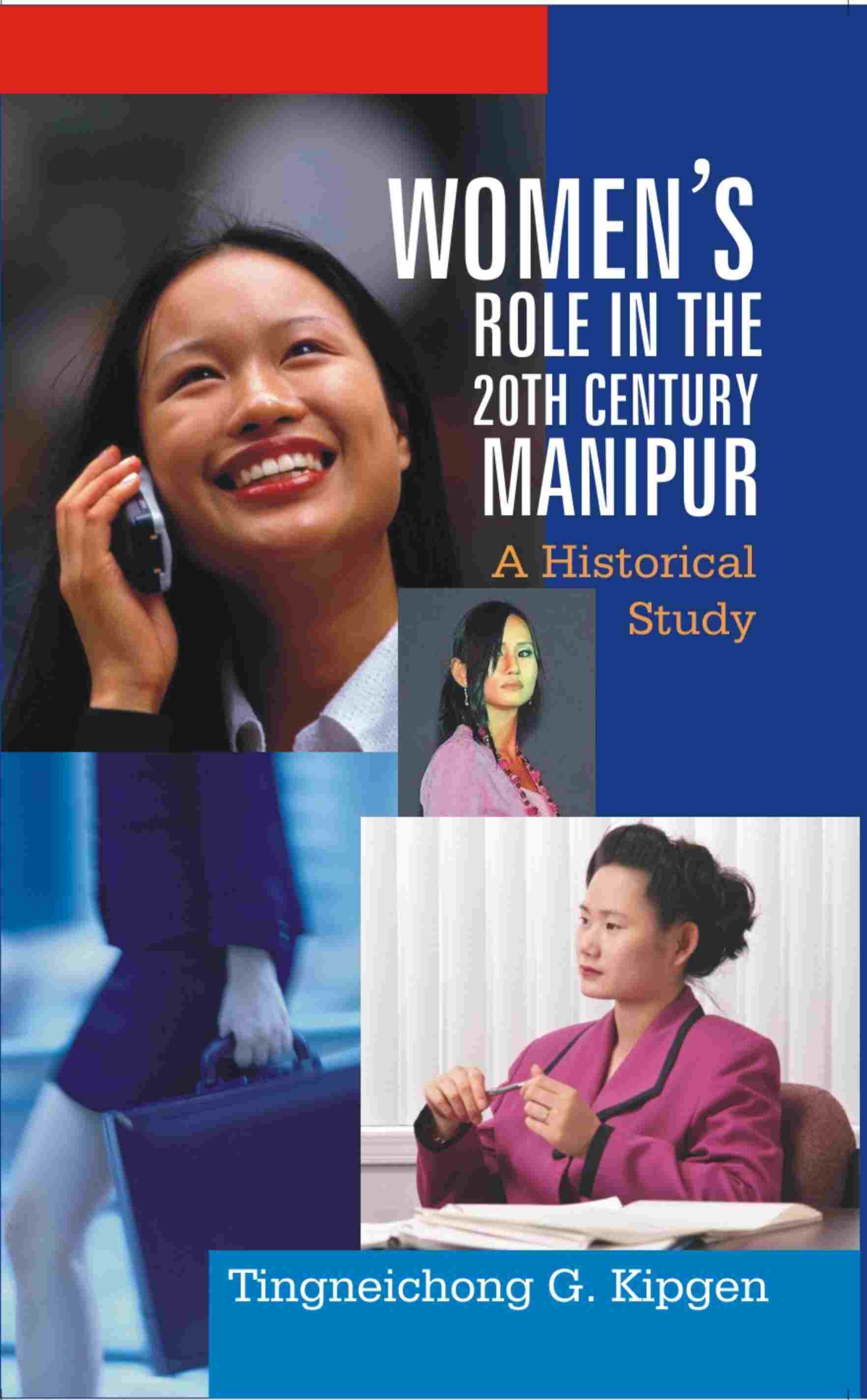 Women's Role In The 20Th Century, Manipur: A Historical Study

The Title 'Women's Role in the 20Th Century, Manipur: a Historical Study written/authored/edited by Teighei Chong Gangte', published in the year 2010. The ISBN 9788178358031 is assigned to the Hardcover version of this title. This book has total of pp. 202 (Pages). The publisher of this title is Kalpaz Publications. This Book is in English. The subject of this book is North-East Indian Studies / Women Studies. Size of the book is 14.34 x 22.59 cms

Women of Manipur both in the valley and the hills enjoy a comparatively better position than their counterparts in the rest of the country. For the last many decades they have actively participated in the social, economic, cultural and political life of the state. Though the society is deeply patriarchal, women are the major bread earners, and except in the policy making they enjoy considerable freedom in their day to day life. The book tries to bring out the fact that in spite of the vast differences in the life styles and social structures among the women of Manipur, there are considerable similarities too and as their roles widened they are mentally and intellectually equipped to tackle problems of the state, terrorism, violence inflicted on innocent citizens and other conflicting problems between the state and the insurgents. Patriarchal discourses however perpetuating evidently do not always succeed in drowning women out from the various social and political movements in Manipur. The study also covers present issues and a number of workable suggestions are also proposed to bring the women to the mainstream of development and bring about their emancipation completely. The study also tries to look at the women of Manipur like the Meiteis, the Kukis, the Nagas and the Meitei-Pangal or Muslim women from the traditional to modern scenario which provides vital information. It is hoped that this study which is an exploratory study will be of immense help to students, research scholars and others interested in women study.

About The Author:- Dr. Tingneichong G. Kipgen, M.A., Ph.D. is a Selection Grade Lecturer in the Department of History, G.P. Women's College, Imphal, Manipur. She graduated from Leretto College, Darjeeling. She took her M.A. degree and Ph.D. degree from Manipur University. She has attended several seminars and also contributed seminar papers at the State level seminars and also at the North East Regional Seminar. Dr. Tingneichong is at present actively associated with women studies.