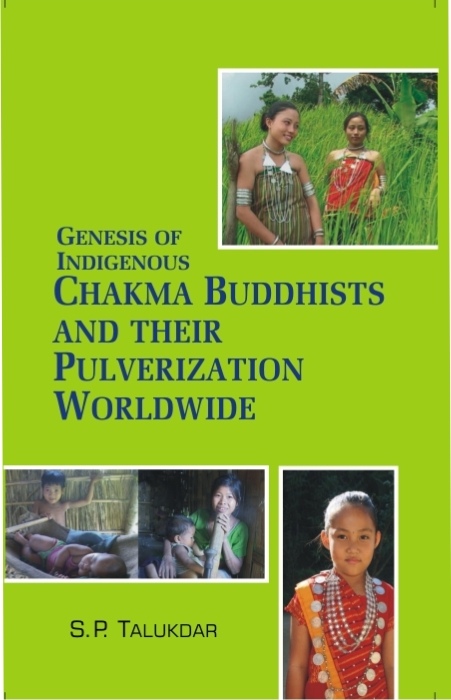 Genesis Of Indigenous Chakma Budhist And Their Pulverization Worldwide

The Title 'Genesis of Indigenous Chakma Budhist and Their Pulverization Worldwide written/authored/edited by S.P. Talukdar', published in the year 2009. The ISBN 9788178357584 is assigned to the Hardcover version of this title. This book has total of pp. 308 (Pages). The publisher of this title is Kalpaz Publications. This Book is in English. The subject of this book is Anthropology / Tribal Studies / North-East Indian Studies. Size of the book is 14.34 x 22.59 cms

The book has been written eclectically all encompassing informations of Buddhist Chakmas. The book's locale on the valleys of the river Karnaphuli the native land of indigenous Buddhist Chakmas-a factive description of them and in faggots of coverings, who's ageing feeling they belong to Sakyan family in which Gautama Buddha was born. As we get to know from history that there was not a single Buddhist in India more than one thousand years back, barring the Buddhist Hill Tribes Chakmas in the erstwhile East Bengal province at one time, the last remnants of Sakyan Buddhist purfling Buddhism that remained unperfidiousness in them. It may be a racy presentation and it may not be fragile to say: Buddhism, in India without Chakmas is nothing, Chakmas, without Buddhism in India, is nothing, The indigenous Chakmas are now in holocaust winter-the sands of time is running out of them. UNESCO declared Buddhism world religion (effectual means of preserving peace) on the Buddha Purnima day on 13th May (Saturday), 2006. One would cash this check getting into the real, with worthwhile documents.

About The Author:- A well known and respected freelance writer with several publications to his credit, S.P. Talukdar, initially commenced a career in merchant shipping and travelled far and wide across seven seas. However, it was a career in the state civil sevice which beckoned him and he served as an administrative officer in a state in the north eastern part of India where he spent most of his best years of his eventful life and where he had the opportunity to further interact closely with the members of the minority Buddhist indegenious tribes and understand the challenges that were being faced by the members of such tribes. These experiences motivated him to write on the origin, history and present plight of one of such Buddhist tribes  the chakma Buddhist Tribe, after having retired voluntarily from the government services as Director Relief and rehabilitation, thus owing no allegiance to any authority, he set out to write on these Buddhist tribes with no restrictions, reservations or prejudices. One of his accredited tasks in initiating the DNA study on the origin of the Sakyas, the tribe to which Gautam Buddha was born, which study was conducted by Dr. Mark G. Thomas of London University. He was also a visiting member of the Buddhist Organisation Amida Trust, London.