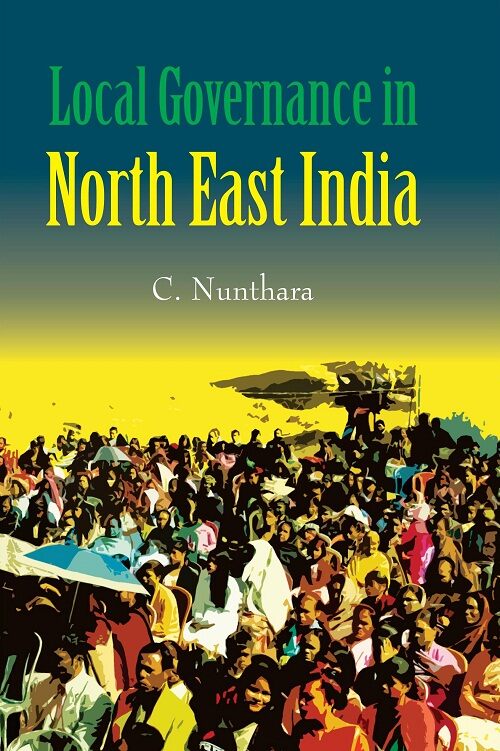 The Title 'Local Governance in North East India written/authored/edited by C. Nunthara', published in the year 2015. The ISBN 9788121212748 is assigned to the Hardcover version of this title. This book has total of pp. 356 (Pages). The publisher of this title is Gyan Publishing House. This Book is in English. The subject of this book is North East Studies. Size of the book is 14.34 x 22.59 cms

After the First World War, the world had witnessed increasing decentralization and concentration of power and authority both in developed and underdeveloped countries. However, governments around the world began to realize that centralized government have failed to deliver public services during decades 1960s and 1970s. Decentralization of power, authority, and resources has been r e c o mme n d e d. As a result of the fall of authoritarian regimes in Latin America in the 1980s and Central and Eastern Europe by the 1990s, the spread of democratic principles, the prescription of IMF and World Bank and other International Development agencies prescribing decentralization as the structure needed to strengthen demcracy and pr o mo t e g o o d governance, t here has been renewed gl obal interest in decentralization. In India, the Indian Constitution , both through rd Directive Principle of State Policy and the 73 and th 74 Constitutional Amendments provides a clear mandate for democratic decentralization. It seek to create institutional framework for grass roots democracy through medium of self governing local bodies in both rural and urban areas. After the Ministry of Panchayati Raj was set up in 2004, local government agenda has received a much wider public attention. The book is about the working of local governance in Mizoram- functioning of village councils in regard to regulatory functions and development functions and the nature of urban local government. The book suggests that in spite of constitutional mandate, devolution and transfer of power, responsibilities, functional activities, finance and functionaries have not been achieved in real term in many States. The reasons for the overall weaknesses of the process of devolution, the book indicates, can be identified in Mizoram and possibly elsewhere as: lack of political will of political parties for decentralization; lack of public awareness and vigilance; lack of orientation of officials in giving cooperation to local governments; bureaucracies have not learnt to work with the elected local governments ; decision-making not yet broad-based; rules and procedures not adequately framed.

C. Nunthara is a retired Professor of Sociology , Department of Sociology, North Eastern Hill University. After retirement, UGC has awarded him 'Emeritus Fellowship' in 2011 to do grass roots research on village councils and local councils in Mizoram. He did extensive field-work in Mizoram during 2012 and 2013 in Mizoram, and the present book is a result of it. th He was born on 12 November, 1944 in Mizoram and had his college education from St. Anthony' s College, Shillong, his master and Doctorate Degree from Department of Sociology , Delhi School of Economics, University of Delhi. His field of interest includes Political Sociology , Social Change, Local Governance and Emerging Social Inequality in North East India and Ethnicity, the areas in which he has written numerous seminar papers and contributed articles for recognized journals and books. C.Nunthara is also the author of the books Impact of the Intr oduction of Grouping of villages in Mizoram, highlighting the nature of regrouping and relocation of villages in Mizoram as a counter insurgency measure and the social and economic consequences of the scheme, and MIZORAM Society and Polity, stressing the interplay of Society and Polity in the context of emerging ethnic identity crisis in Mizoram