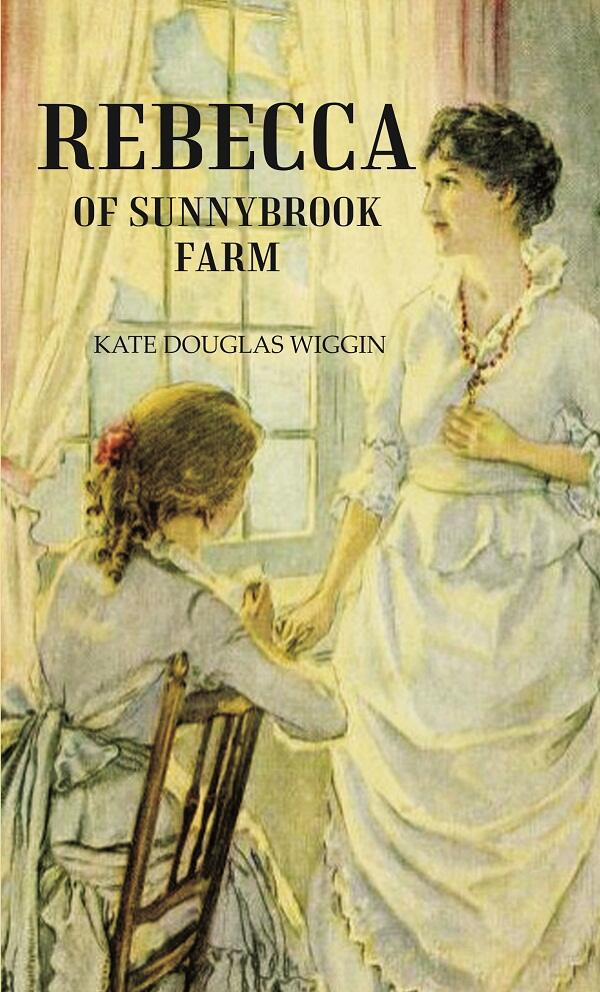 About the Book:-Rebecca of Sunnybrook Farm is a classic American 1903 children's novel by Kate Douglas Wiggin that tells the story of Rebecca Rowena Randall and her aunts, one stern and one kind, in the fictional village of Riverboro, Maine. Rebecca's joy for life inspires her aunts, but she faces many trials in her young life, gaining wisdom and understanding. Wiggin wrote a sequel, New Chronicles of Rebecca. Eric Wiggin, a great-nephew of the author, wrote updated versions of several Rebecca books, including a concluding story. The story was adapted for the theatrical stage and filmed three times, once with Shirley Temple in the title role, as well as a Japanese animated short as part of the Anime Tamago project. The novel opens with Rebecca's journey from her family's farm to live with her two aunts, her mother's older sisters Miranda and Jane Sawyer, in their brick house in Riverboro. Rebecca is the second-oldest of seven children. The family is quite poor. In the book's last section she has become a young lady with the same high spirit and a talent for writing. About the Author:- Kate Douglas Wiggin (1856–1923) was an American educator, author and composer. She wrote children's stories, most notably the classic children's novel Rebecca of Sunnybrook Farm, and composed collections of children's songs. She started the first free kindergarten in San Francisco in 1878 (the Silver Street Free Kindergarten). With her sister during the 1880s, she also established a training school for kindergarten teachers. Kate Wiggin devoted her adult life to the welfare of children in an era when children were commonly thought of as cheap labor. Wiggin went to California to study kindergarten methods. She began to teach in San Francisco with her sister Nora assisting her, and the two were instrumental in the establishment of over 60 kindergartens for the poor in San Francisco and Oakland. She moved from California to New York, and having no kindergarten work on hand, devoted herself to literature. She sent The Story of Patsy and The Bird's Christmas Carol to Houghton, Mifflin & Co. who accepted them at once. Besides the talent for story-telling, she was a musician, sang well, and composed settings for her poems. She was also an excellent elocutionist. Her first literary work was Half a Dozen Housekeepers, a serial story which she sent to St. Nicholas. After the death of her husband in 1889, she returned to California to resume her kindergarten work, serving as the head of a Kindergarten Normal School. Some of her other works included Cathedral Courtship, A Summer in a Canon, Timothy's Quest, The Story Hour, Kindergarten Chimes, Polly Oliver's Problem, and Children's Rights.