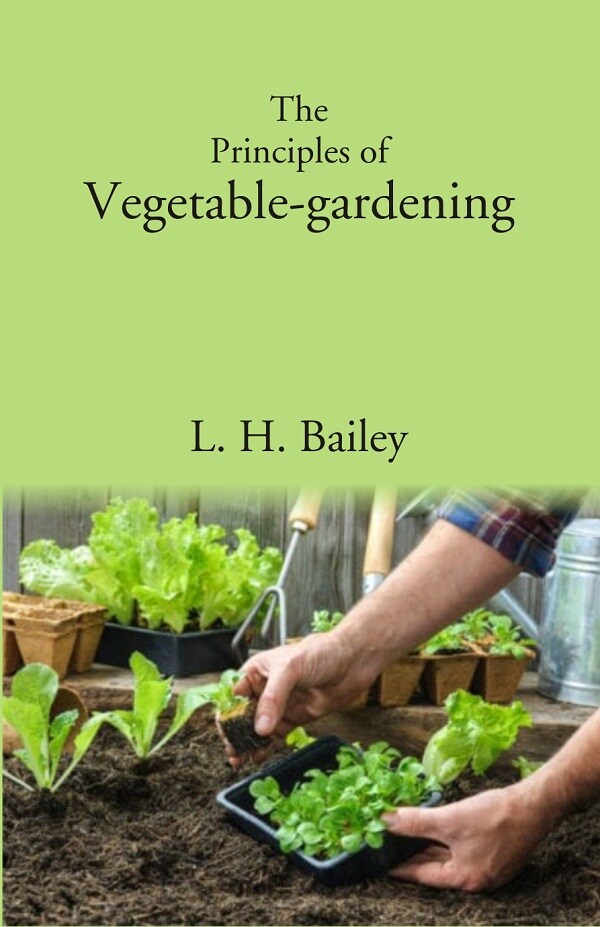 About The Book : Vegetable -GARDENING, or olericulture, is the art and business of raising kitchen - garden vegetables, and the applications of the various sciences thereto. The term kitchen - garden vegetable, or 'vegetable" in the gardener's sense, is impossible of definition. It is approximately true to say that the term applies to the edible part of an annual or at least an herbaceous plant. Vegetables are not often used in the dessert, and therefore belong more properly to the kitchen than do the fruits. There is exception to this in the melon; and it is significant that this is often included with the fruits by European writers. The only complete idea of the use of the term is to be obtained from a detailed catalogue of the products which are called vegetables, and this inventory will be found on a later page; in the meantime, it may be well to say that leading vegetables are potatoes, cabbages, onions, tomatoes, asparagus, peas, beans, cucumbers, squashes, celery, lettuce. Market- gardening is the growing of vegetables for sale. The American term truck -gardening is really synonymous, although it is sometimes used in connection with the larger market -gardening enterprises. By common consent, the whole subject of vegetable- gardening is considered to belong to that part of husbandry known as horticulture. About The Author -Liberty Hyde Bailey (March 15, 1858 – December 25, 1954) was an American horticulturist and botanist who was cofounder of the American Society for Horticultural Science.:   Bailey is credited with being instrumental in starting agricultural extension services, the 4-H movement, the nature study movement, parcel post and rural electrification. He was considered the father of rural sociology and rural journalism.