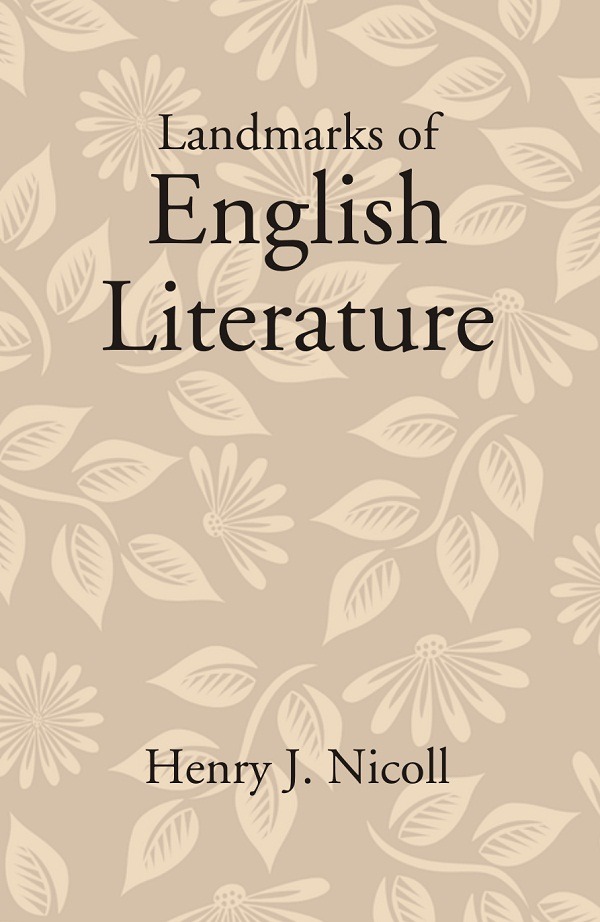 About The Book : He present volume does not pretend to be a full record of the literary activity of our country. Not only are many writers omitted whose works are dear to those laborious pedants who speak contemptuously of the literature of our own time, but regard with admiring reverence the rubbish bequeathed to us by wretched playwrights and dreary prose writers of three or four centuries ago ; not only are the names of these forgotten worthies, whose proper place is in bibliographies and biographical dictionaries, passed over, but a great number of authors whose writings are of real and permanent value, and should in nowise be neglected by those who can find time and opportunity for the thorough going study of our noble literature, are either not mentioned at all, or only very slightly alluded to. The plan adopted in this book has been to deal solely with the very greatest names in the several departments of English literature with those writers whose works are among the most imperishable glories of Britain, and with whom it is a disgrace for even the busiest to remain unacquainted. About The Author : John Nichol (1833 – 1894), was a Scottish literary academic, and the first Regius Professor of English Language and Literature at the University of Glasgow. He had already made a reputation as an acute critic and a successful lecturer, and his influence at Glasgow was very marked. During his tenure as Regius Professor, he also lectured at Oxford University as well as private tutoring across Britain, and formed a strong reputation as an inspiring lecturer, later joining Glasgow's Dialectic Society.He left Glasgow for London in 1889, and died on 11 October 1894. A Memoir by Professor Knight was published in 1896.Among the major works by Nichol were his drama Hannibal (1873), The Death of Themistocles, and other Poems (1881), his Byron in the "English Men of Letters" series (1880), his Robert Burns (1882) and Carlyle (1892). Nichol was also an enthusiastic Americanist and wrote the ground-breaking American Literature: An Historical Review, 1620–1880 (1882). He visited the United States in 1865, and in 1882 he wrote the article on American literature for the ninth edition of the Encyclopædia Britannica.